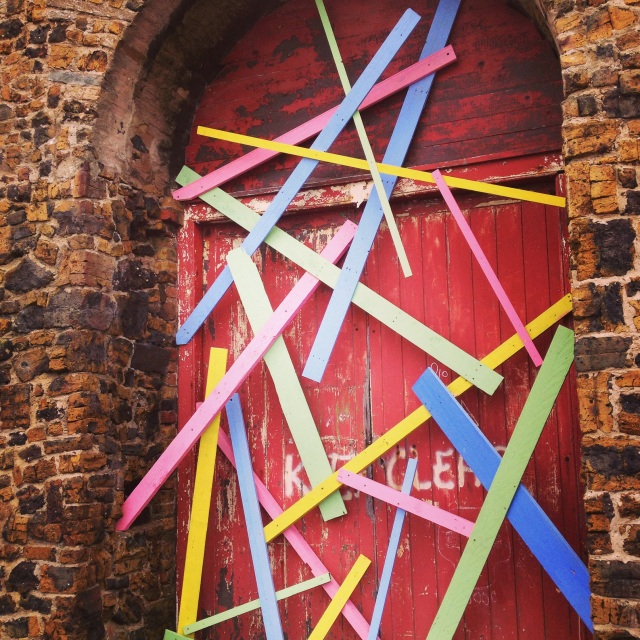 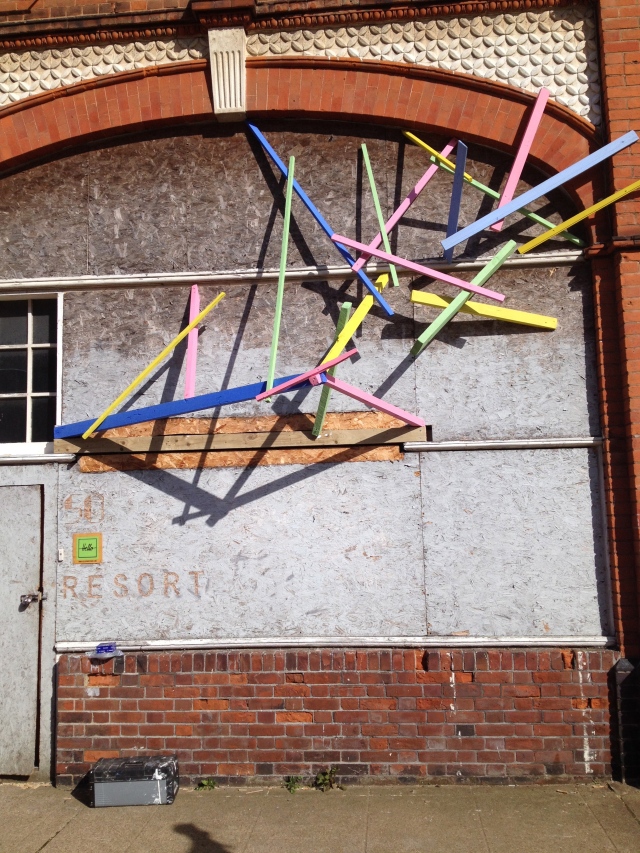 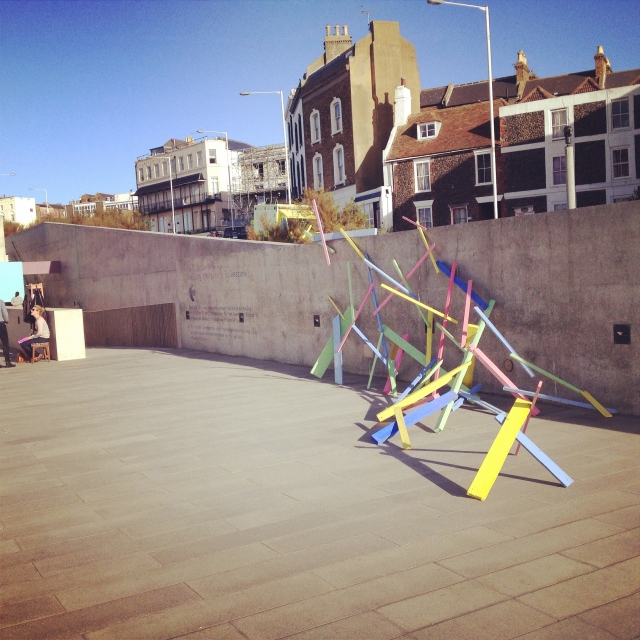 Summer 2014 a sculptural commission as part of the ‘For the Love of Colour’ project, commissioned by Turner Contemporary gallery’s ‘Summer of Colour’.

Sticks and stones sculptures were visual metaphors for social and cultural change within the Cliftonville area of Margate. Made from wood found on Cliftonville’s streets, re-purposed and put back on the street in 5 locations, they represent the melting pot of cultural regeneration and social integration of the the area’s inhabitants.

The Work has since been re-commissioned by Turner Contemporary to appear in a day long build and de-construct.  It has also been selected by the Curators of ‘In Here, Out there’ sculptural exhibition, Canterbury Cathedral October ’14 as part of the Canterbury Festival.